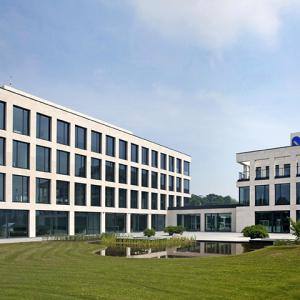 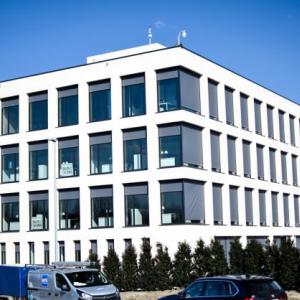 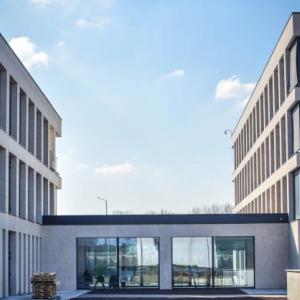 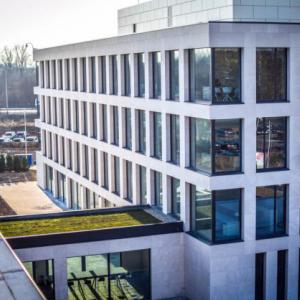 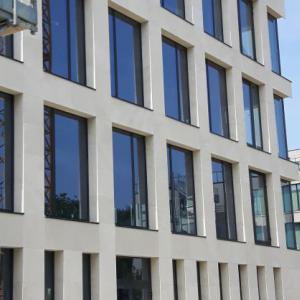 Construction of 2 non-residential buildings with a medical and research centre and ancillary offices, with underground car park.

Description of the project:
In June 2014, our customer Groep Bouwen acquired a site of 12,500 m² situated along the E19 in Mechelen. It was formerly owned by Schenker (Deutsche Bahn). The site was suitable for the construction of office buildings as an extension of the adjoining Stephenson Plaza. In early 2016, a building permit application was submitted according to the design by architects Jaspers-Eyers for two interconnected buildings measuring 8,000 m² with underground parking.  Construction of the office building was commissioned by Groep Bouwen for the Japanese medical multinational Nipro Group as new European headquarters. The buildings have now been completed and occupied by Nipro Europe.